Bozeman Brewing Company was born of a love of great beer.

Bozeman Brewing Company owners Todd and Lisa met in the summer of 1986, while working and playing in Yellowstone National Park. Together, they dreamed of living off the land in an entirely self-sufficient way. Moving to Tahoe, Todd worked as a sous chef while they skied – and practiced the art and elbow-grease of self-sufficiency. Soap, toothpaste, even toilet paper and of course, beer.

Turns out Todd had a knack for home brewing. He started cranking out some of the best damn beer he, Lisa, and their friends had ever had, and the roots of Bozeman Brewing were born. Choosing brewing over a life of homemade toilet paper, Todd honed his skills at a Calistoga brewery, and took classes on the art and science of beer fermentation at UC Davis.

With more experience under his belt, he scored the head brewer position for the Spanish Peaks Brewery in Bozeman, working there for a decade. Spanish Peaks eventually moved production to California, and Todd and Lisa knew it was time to bring Scott original brews to Bozeman’s beer enthusiasts.

They opened the doors to Bozeman Brewing Company in 2001, a warehouse on the edge of Bozeman’s historic brewing district, fitted with the old equipment from Spanish Peaks. There, the Bozone Select Amber Ale was launched as the brewery’s flagship beer, quickly becoming a local favorite and point of regional pride.

And we’d say “the rest is history”… but really, the rest is simply great beer. 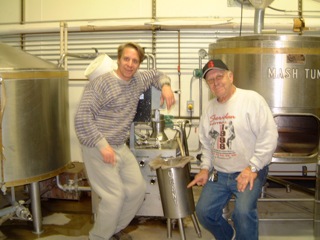 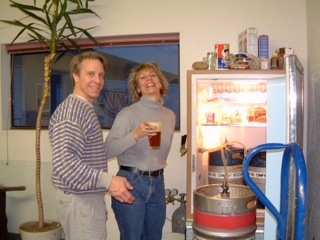 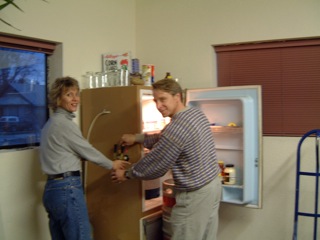